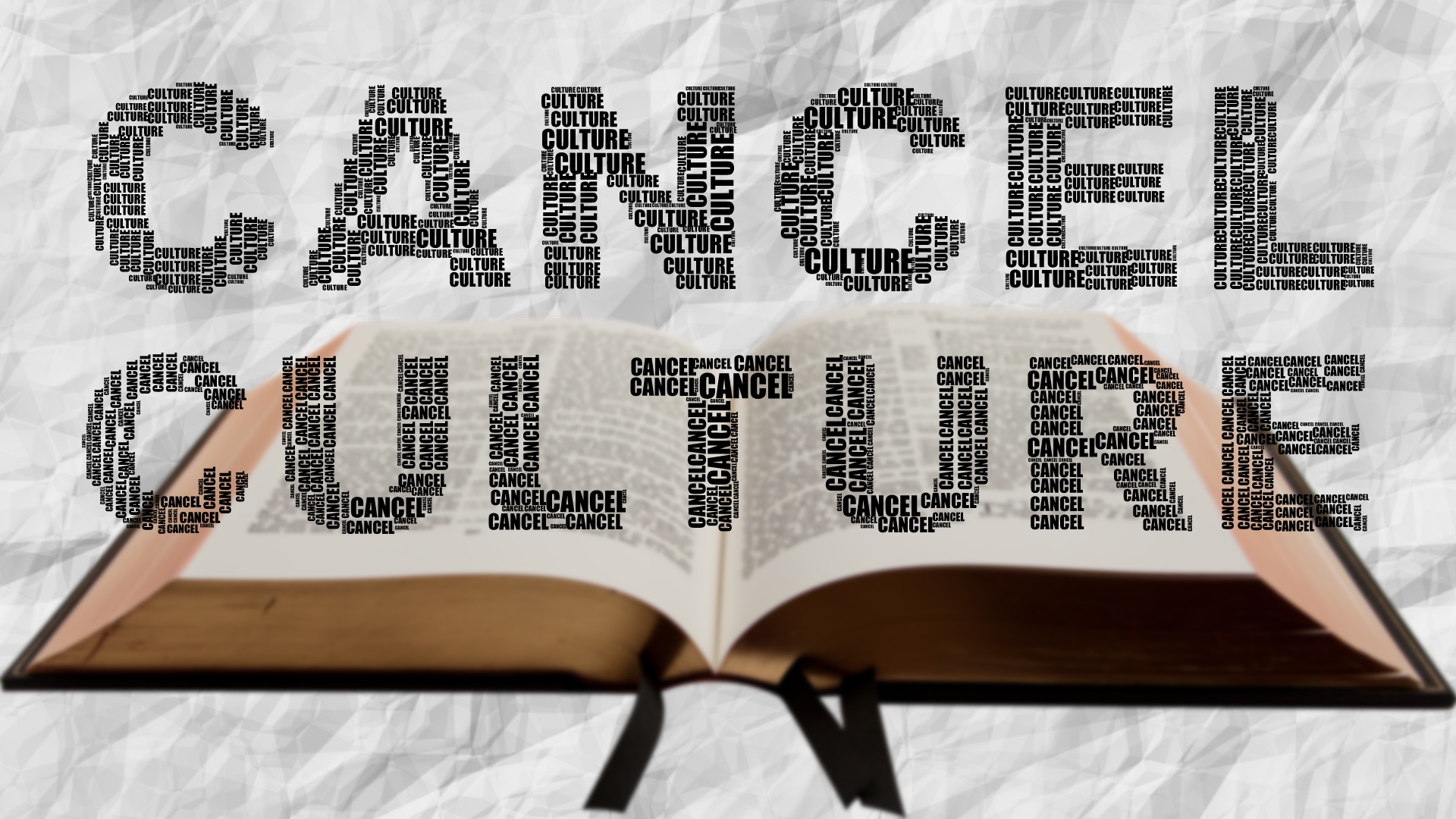 Cancel Culture and the Gospel

Published by SteveHumphrey on April 22, 2021

This is not a partisan message.

It’s not even a political message.

It’s a message about the gospel, and how it says we should treat people.

Every year, on Palm Sunday, we celebrate the beginning of the final week of Jesus’ life, and the highest point in his public life. Jesus rode into Jerusalem, leading a parade of followers he’d picked up as he toured the countryside. Riding on a donkey, it looked like a royal procession… and intentionally so. Jesus was the Messiah and the Son of Man… the new King and the leader of the final battle between good and evil. The people following him that day thought he had come to claim the throne and start a rebellion against Rome. And they wanted him to.

What is cancel culture? Somebody says or does something offensive. It may offend a few, or it may offend many. It may be unethical, or just controversial. Complaints spread online.

That person’s career is over. If it gets bad enough, they may not be able to go out in public.

They may fear for their safety. They can certainly expect to be refused service at any restaurant or store where they’re recognized.

Lest you think I’m getting partisan:

Although this culture is new to the left, it was invented by evangelicals.

The most recent victims have been entertainers, actors, and writers. They say something that offends people. They get fired from their show. All of their previous work gets pulled from streaming services and stores. Why? So, they can never earn income off of it again. They must be punished.

The first victims were evangelical pastors and gospel singers. Some of them committed gross misconduct. Some of them just got divorced. Some of them simply said something controversial in an interview. They got fired from their church. All of their books were taken out of print. They can’t get the rights to those books back from the publisher. Their life’s work is now worthless.

When someone gets canceled, it doesn’t just affect that person. When a TV show gets pulled from catalogs, every person who worked on that show… hundreds… stops getting their royalty payments. Most of these people are middle class and needed this money for retirement. When a catalog of books gets pulled… it’s like a modern book-burning. Anything that person wrote, no matter how true or valuable, will be very difficult to find. Even if you did find it, you’d be taking a risk to quote it.

How can this be reconciled with the gospel?

Paul was a religious extremist terrorist. Should we destroy everything he wrote? Some would say yes.

No nation or culture has laws governing every aspect of human behavior. We wouldn’t want that, largely because we don’t have consensus on it. So, all the things that fall outside of the law have always been managed with cultural pressure. But there’s different kinds of cultural pressure.

We have traditionally been a guilt-based culture. Guilt-based cultures are designed to make people feel guilty when they know they’ve done something wrong. Guilt is the feeling you have when you violate your own principles. Guilt is relieved when you repent and make restitution. If you want someone else to feel guilty, you must first instill those principles in them. That’s how you keep people in line. That’s hard work. It takes time. It takes civil discourse. Shame is much easier and faster.

Shame-based cultures are designed to ostracize people when they step out of line. Shame is the feeling you have when you violate someone else’s principles. You don’t feel guilty, because you don’t think you’ve sinned. Shame is much worse than guilt. It feels like you’re being labeled, not for what you’ve done, but for who you are. That’s often true.

Shame is easy to induce.

You don’t have to convince the person to keep them in line. You just need a mob of bullies to gang up on them. Bullies are easy to find. Dogmas are easy to enforce.

Jesus lived in a shame-based society. The Jewish people didn’t control the laws of their land. But they controlled the culture. When someone broke a religious law, you shunned them. Jesus never bought into it. He hung out with shunned people all the time. That made him a revolutionary. It made him dangerous.

The sad thing about shaming, shunning, canceling cultures is that people are treated the worst by their own communities. Jesus had the most conflicts with the Pharisees. Why? Because he was one of them. He came out of that school of thought and had the most in common with them. But dogma demands 100% devotion.

In the days of Jesus, this was normal.

Over the past 2,000 years, western society has been moving away from that shaming, shunning model. Eastern society never did… this is how China operates. Everyone in China has a social credit score. How many rights you enjoy as a citizen is based on your score. The better you conform, the more you can do. I never thought I would see us headed in that direction. We’re reverting back to the dogmatic days of the Dark Ages.

Why was Jesus crucified? Apparently, sometimes shunning isn’t enough. That’s when you have lynching. But Jesus was too famous for lynching, so the religious authorities applied social pressure on the government. If you get a big enough angry mob, the government will bend whether it should or not. So, the Roman court was corrupted by religious leaders with personal agendas. 2,000 years later, we’re right back where we started.

Jesus wasn’t the last to die. Many of his disciples met the same fate. Many of his later followers were fed to the lions in the Coliseum to satiate the bloodlust of the masses. So much anger. So much righteous indignation. So much violence. Every time you share a canceling meme online, you’re sending us back down that road.

is that Jesus was resurrected from the dead. And on the Last Day, all of the dead in Christ shall rise! That’s a wonderful thing! It’s best thing! But that doesn’t mean that, until then, we can just go on crucifying people in public! We shouldn’t have to wait for Judgement Day for vindication. The Kingdom of God is within you. Let’s experience the Peace of Christ now by living as disciples… as citizens in the Kingdom of God… now. In the Kingdom of God, there is room for guilt. There is room for forgiveness. There is certainly room for grace. But there is no room for shame.

If you found this post helpful, check out my free e-books and my first full-length book: Spiritual Courage!

Spiritual Courage: How to Find Strength and Happiness